PALSAR which was requested from us to observe the earth was sending the microwave to our place on time. Then, we was sounding a classical record which has calm sound. The wave changed those calm sounds to distorted one by our intervention.

PALSAR*
In order to take high resolution images, PALSAR sends the microwave to the surface of the earth. We received that and took for our experimental performance. And we made a special device to effect to existing music. I would like to think about some high resolution images, for instance, which is used on google map. We are taken as a part of city's scenery by a satellite. That has macro view from outer space. But, conversely , if we can recognize that view, we would have the possibility to express our sense to outside. Of cource, That will be given by our imaginations.
* (The earth observation satellite, JAXA : Japan Aerospace eXploration Agency) 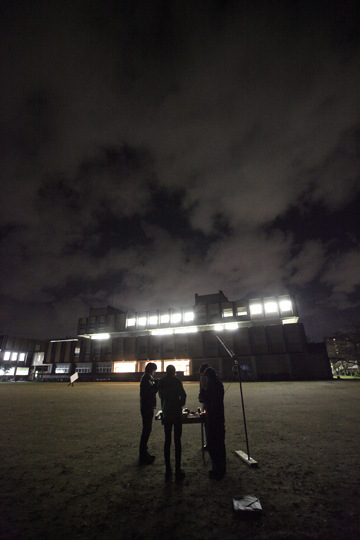 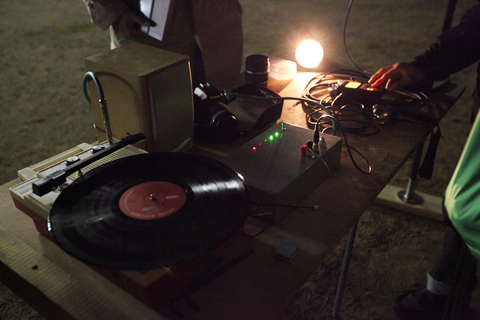 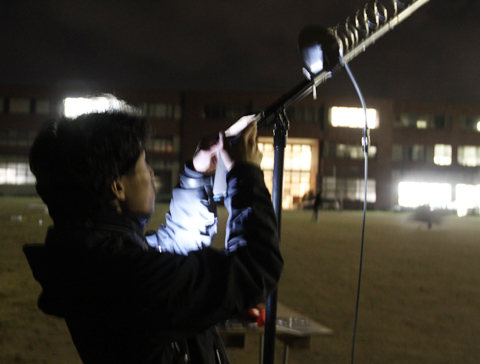